MALAYSIA OFFERS WORLD-CLASS DIVING AT PLACES LIKE SIPADAN ISLAND AND IS ALSO IDEAL FOR NEW DIVERS WITH ITS EASY DIVING AND HEALTHY REEFS AT ISLANDS OFF THE EAST COAST OF PENINSULAR MALAYSIA.

Diving in Malaysia is suitable for all levels of divers as waters are generally calm and reefs are protected. The east coast of Peninsular Malaysia can be dived from March to September while diving in East Malaysia is year-round. Water temperature is warm at 82-86°F (28-30°C) and most dive sites can be accessed by speed boats without any need for diving via a liveaboard vessel.

In the east coast of Peninsular Malaysia, islands like Redang, Perhentian, Lang Tengah, Tenggol and Tioman are suitable for new divers but also attracts experienced divers. There are many dive operators to choose from and stretches of healthy coral reef to explore as well as some pinnacles and shipwrecks.

In East Malaysia, diving is more exciting. You can head to Miri in the state of Sarawak to dive at the Miri-Sibuti Coral Reefs National Park. Better yet, go straight to Sabah to access world-class diving at Sipadan Island, Layang-Layang Island and macro dives at Mabul Island. Layang-Layang Island is an area for deep dives of up to 130ft (40m) so make sure you have the right certifications. As for Sipadan Island, make sure to dive with operators with access to diving permits and book your trip in advance to ensure that you secure a permit as there are only 120 permits available per day. Book with us early and we will manage the permits on your behalf. Drop us an email at fun@divekl.com for more information

View all dive sites in Malaysia

Pulau Sibuan, Semporna – One of a few islands and reefs in daytrip range of Semporna, Pulau Sibuan is inhabited only by a few nomadic, seafaring Bajau families. The outstanding muck diving here is sometimes overlooked as divers rush to places with well-known names. But Pulau Sibuan, which lies within the Semporna Marine Park, is a top location to spot mandarin fish, nudibranchs and a plethora of their neighbors.

Tunku Abdul Rahman Park, Kota Kinabalu – Macro life is the main draw for divers here, but reef sharks, turtles and rays await those who look up and around occasionally. The apex of the dive season is during March and April when whale sharks vie for attention.

Atago Maru Wreck, Miri – This 105-metre/345-foot second world war Japanese merchant ship lies upright and her superstructure is a mere 10 metres/33 feet from the surface. Her coral-encrusted hull has become home to moray eels and predatory trevally, jack and barracuda prowl in her vicinity.

Tiger Reef, Tioman – This submersed pinnacle with an average depth of 15 metres/50 feet has beautiful coral formations, crinoids, sea whips and sea fans. Strong currents bring in large schools of jack, mackerel, barracuda and rainbow runner on almost every dive. Zoom in and out of the canyons checking out the reef fish, stingrays, moray eels and lionfish.

Sugar Wreck, Perhentian Islands – This large sugar hauler sank during a monsoon in 2000 and now lies on its side in 30 metres/100 feet of water. Quickly being overtaken by coral and marine life, it’s now home to reef fish, barracuda and bamboo sharks that hide in the wreck. Big schools of snapper, jack and trevally circle the hull.

WW II Wrecks, Kuching – Several wrecks lie just off the coast of Kuching. Dutch submarines sank these Japanese ships including the Katori Maru, which is well broken up and the intact Hiyoshi Maru. Both wrecks lie about 20 metres/65 feet from the surface and are havens for marine life such as barracuda, batfish and snapper.

Diving at islands off the east coast of Peninsular Malaysia is rewarding. These islands are frequented by several turtle species including the green sea turtle, hawksbill sea turtle, and if you are very lucky, you might see a leatherback sea turtle.

Besides turtles, expect to find blacktip sharks, leopard sharks and large schools of yellowtail snapper. At Tenggol Island, whale shark sightings are possible during July to August. Macro lovers will have plenty to see in this area, as there are many species of nudibranch, scorpionfish, pipefish, octopus and eels littered around the healthy reefs.

In East Malaysia, Sipadan Island’s steep walls are always bustling with activity. You will see many whitetip sharks and green sea turtles during your dives. A highlight is a dive site called Barracuda Point where a huge school of resident barracuda are often seen swimming in a vortex at the drop-off.

At Layang-Layang Island, the months of April and May are a good time to catch sight of schooling scalloped hammerhead sharks in the depths. For critter hunting, Mabul Island has a treasure trove of critters like nudibranch, stonefish, scorpionfish, filefish, cuttlefish and also the deadly blue-ringed octopus. 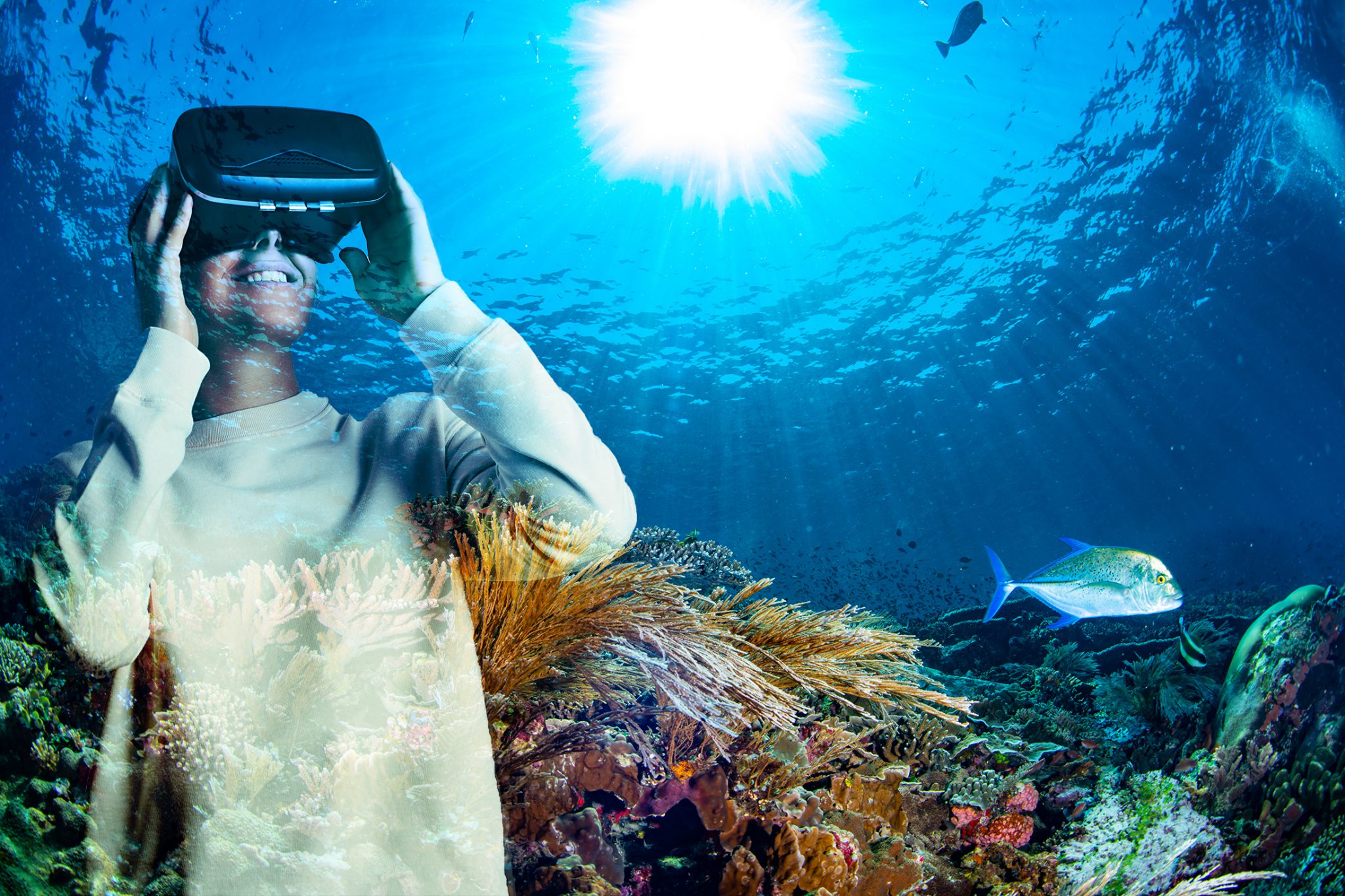 Jump Into a (Virtual) Dive Adventure

With travel and outdoor pursuits on pause, many of

Bob Island (also known as Pulau Sinyaru), is an

When we’ve used up all our vacation time, we

Off the mystical island of Borneo approximately 300km northwest